The John Wick franchise continues to grow in scope and talent. What started off as a simple tale of revenge has quickly evolved into a series of grandiose globetrotting adventures set in a world with its own mythology. As the box office increases with each entry, so too do the stars attached. Having already boasted the likes of Laurence Fishburne (The Matrix, Batman V Superman) and Halle Berry (John Wick 3, Die Another Day), Deadline recently broke the news that Donnie Yen is now attached to star alongside Keanu Reeves in the upcoming fourth instalment of the action franchise. 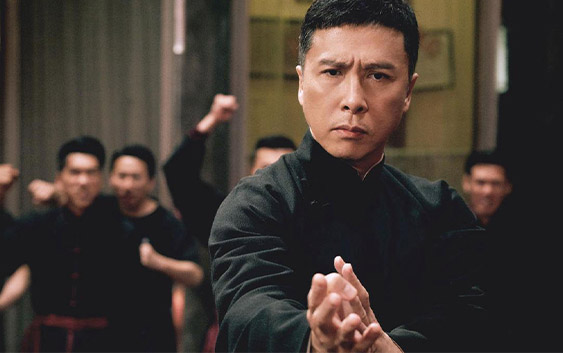 Yen is perhaps best known for his martial art based roles, including the popular Ip Man films. Yen has also become a worldwide star, appearing in Rogue One: A Star Wars Story, which grossed over $1billion at the global box office, and more recently the live-action remake of Mulan. No details surrounding the film’s plot are currently known, but Yen is said to be playing an old friend of Wick’s, sharing a similar history and mutual enemies. Fans will surely be excited by the supposed teaming up of two popular action stars.

Of the new casting announcement, director Chad Stahelski had this to say: “We are very lucky to have Donnie Yen join the franchise. I am looking forward to working with him in this exciting new role.”

Stahelski co-directed the first film with David Leitch (Deadpool 2, Hobbs and Shaw) before taking over the franchise independently.

Producer Basil Iwanyk added: “Donnie Yen will bring a vibrant and powerful energy to the franchise. We were determined to bring him on board to John Wick 4 and are thrilled for the opportunity to have such a major talent to collaborate with Keanu.”

This casting comes not long after Lionsgate announced that singer-songwriter Rina Sawayama would also join the film, starring alongside Reeves. However, unlike with Yen, her character’s details are being kept secret.

John Wick 4 is scheduled to shoot this summer in locations such as France, Germany and Japan, showing that this instalment has no intention of shying away from the multi-cultural settings of the previous entries.