Terminator: Salvation (2009)
Director: McG
Starring: Christian Bale, Sam Worthington, Anton Yelchin, Bryce Dallas Howard.
Plot: In the future war against Skynet, John Connor comes across a dangerous new weapon, a half-human and half-machine cyborg who is desperate to prove he is fighting for the human race.

In the year 2018, the humans that survived the nuclear war now find themselves fighting in a war against robots. John Connor (Bale), the prophesied leader of the human race knows that the key to stopping Skynet doesn’t lie in an all out attack or war, but rather in key battles involving key people. One of these people is Kyle Reese (Yelchin), who Connor must find before the machines do. Meanwhile, a mysterious character who calls himself Marcus (Worthington), appears to Connor with information on the whereabouts of Kyle Reese, but after discovering Marcus appears to be part-machine, Connor holds him captive believing him to be an infiltrator sent by Skynet. In order to stop the machines, Connor must place his trust in Marcus.

Terminator: Salvation is the unique Terminator film of the series as it was a step in a different direction; it was the first film in the series to take a different approach to the storyline. Instead of incorporating an elaborate narrative involving time travel like the previous three installments, it focused on the future war, something audiences had only had brief glimpses of in each of the previous films. McG, the director, planned a new trilogy depicting the future war with Skynet, starting with Salvation, though it didn’t turn out to be the case. McG’s appointment was a thing of controversy to begin with, having only directed a handful of films prior to his appointment, with two of them being Charlie’s Angels movies, so a lot of fans questioned the leap from James Cameron and whether or not McG had the calibre to take on such an ambitious project.

Despite McG’s appointment and the low expectations, Terminator: Salvation had a mediocre reception, sitting somewhere above terrible, yet only just edging over the line of average. Even so, it was a film that stayed loyal to the mythology of the Terminator universe, as well as the previous films – which wasn’t entirely a good thing when you consider Terminator 3 counts as a previous film and many fans wanted to exclude it from the series.

The special effects from Stan Winston were actually fantastic, but Winston died during filming after a long battle with Myeloma and this would be his last work. It was nice to see as little blatant CGI as possible, with the special effects team making the most out of puppetry and animatronics for the terminators. This all fell through towards the end of the movie as, in the final thirty-minutes, it seemed like I’d sat on the remote and switched to a bad video-game cut scene. Whilst the CGI isn’t the worse you’ll ever see, it just didn’t seem consistent with the rest of the film’s special effects and made it seem odd and out of place. Along with absurd action sequences and a sense of rushing to the end, the final thirty minutes really let the film down. Considering this was planned to be the start of a trilogy, I feel it would have been good to perhaps end on a cliffhanger instead of rushing the final 30 minutes into a ridiculous, lackluster final showdown.

The Terminator films, with the exception of 3, have been very successful in creating fear – not just of a nightmarish nuclear war, but also of the slasher-villain style terminators – and I feel this is where Salvation lacked the most. I never once felt like humans were ever in danger or even remotely threatened by the machines. The machines, in fact, seemed closer to resembling an annoying house Fly than the perpetrators of human-extinction and, as a result, I didn’t feel the same tension and fear that I expected. The way the future war was depicted through flash-forwards in the previous films was what fans wanted – they convincingly portrayed humans living on the brink of death, only just managing to survive – but Salvation showed humans living more relaxed, only seeing the war as a slight hindrance on their lives. The depiction of Skynet was almost comical – creating it as a huge compound of towers and buildings seemed so unimaginative and lazy, particularly when you imagine Skynet as a more abstract identity; a computer system that doesn’t just reside in one single place.

Terminator 3 seemed like an unnecessary sequel and didn’t really fulfill any expectation, but it was successful in leaving the fans wanting more, realising that there was still plenty more in the Terminator universe to explore, hence the initial excitement for Salvation. Christian Bale, who was skeptical about the project and reluctant to eventually join, was hired in an attempt to revive the genre by playing John Connor, the hero and saviour (not just in the story but of the series). Much like Bale had previously revived the Batman series, McG hired him hoping that he could do the same for a new Terminator trilogy, but Bale, who never expressed much enthusiasm for the project, never fully committed himself and therefore delivered only a mediocre performance. Bale would later go on to blame McG for the film’s poor reception and claimed it to be a contributing factor in his refusal to work with him again in the future, indicating deeper problems than his simple refusal to perform. The film’s failure combined with the controversy surrounding Bale and a leaked recording of him directing a verbal tirade at cinematographer Shane Hurlbut on set, only left Bale wanting to forget Terminator: Salvation and ultimately became a bigger event than the film itself.

Terminator: Salvation was ambitious and tried to take the series in a new direction, and it can’t be faulted for that as I believe it showed a potential of exceeding expectations; after all, I felt it was only the final 30 minutes that let the film down. I still think depicting the future war is the way forward for the future Terminator films, but with James Cameron closing the door on any future involvement with the series, it seems unlikely we’ll see another Terminator film that can live up to Cameron’s high-standards.

Other articles to consider… 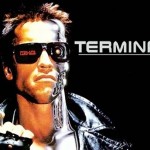 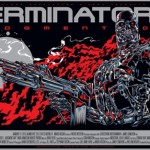 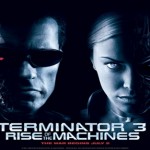