Women In Film are partnering Belgian beer-maker Stella Artois to award four $25,000 grants as a part of their Film Finishing Fund. 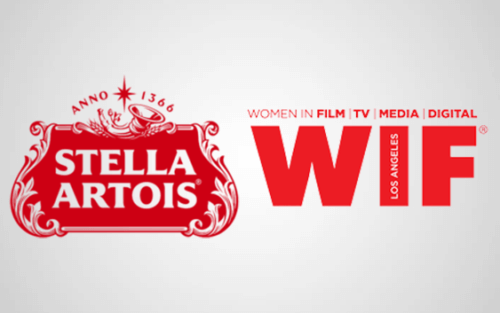 The Film Finishing Fund was created by Women In Film to support films of all genres – narrative, documentary, animated and experimental – that have completed 90% of principle photography, and the additional $100,000 will be shared among four films, documentary or narrative, that have socially conscious themes, with particular favour being given to those that focus on water.

“Stella Artois has long believed in the power of film as a compelling medium to bring awareness to important social issues that affect our global community. We’re excited to continue to support female filmmakers and hope to identify others that share our passion to help be the generation to end the global water crisis.”

In total, the Film Finishing Fund will provide 8 to 12 cash or in-kind grants to short and feature-length films by and/or about women from anywhere in the world, with the deadline for applications being June 30th. Women In Film executive director Kirsten Schaffer, released the following statement regarding Stella Artois’ investment:

“Stella Artois’ recognition of women filmmakers through this grant program signals the brand’s commitment to both social action and gender equality. We are thrilled to be in partnership with Stella Artois in empowering the next generation of films made by and about women.”

Since 1985, the Film Finishing Fund has awarded over $2million in grants to over 220 projects including Sundance 2017 debutantes Band Aid and Unrest, as well as Oscar-winning documentaries Freeheld and Maya Lin: A Strong Clear Vision.

For more information on how to apply for access to the fund, visit the Women In Film website.