Something Wicked This Way Comes… 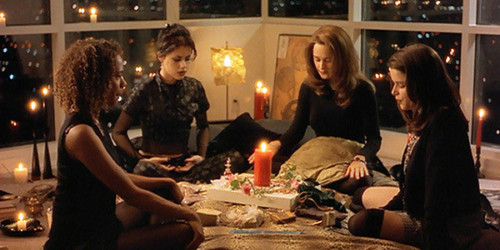 The Craft does have its scary moments, but the film’s relevance for being a bonding sisterhood movie rather than an evil witch movie adds it to our list. Four young women (incl. Scream’s own Sidney, Neve Campbell), all outcasts at their high school, stumble onto the occult to try and make their lives better. The film’s moral message is a very heavy ‘be careful what you wish for’ story, and centres on power, having it, abusing it, and learning when to say enough is enough. While not ranking that highly upon its release, the film’s strong theme of people struggling to fit in has made it a cult classic sleeper hit in recent years and it remains 10th on the list of the highest grossing movies about witches since 1980. It also received bonus points for using what would go on to become the ‘Charmed’ theme song.

Recommended for you: 5 Horror Movies for People Who Don’t Like Horrors 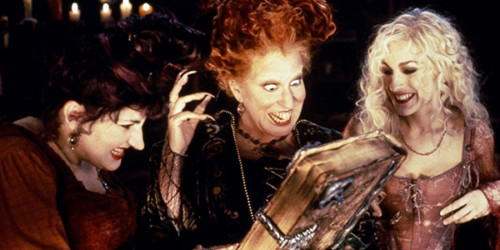 From the catchy tunes and campy performances right through to the fun take the film has on the subject of being a witch, Hocus Pocus is an undeniably quintessential Halloween movie. The film’s plot revolves around a trio of witch sisters being awoken from their centuries old curse in a haunted American town by a hapless teenage boy. The story flits between teenage rom-com and coming-of-age story, with a gaggle of witches thrown in. The passion for fighting for your family – from both sides of the cauldron – makes the film especially heart-warming, perhaps enough to put a spell on you. Calls from stars Bette Midler, Kathy Najimy, and Sarah Jessica Parker (a.k.a The Sanderson Sisters) to make a sequel can only further love for the film, making Hocus Pocus an unmissable entry on this list. 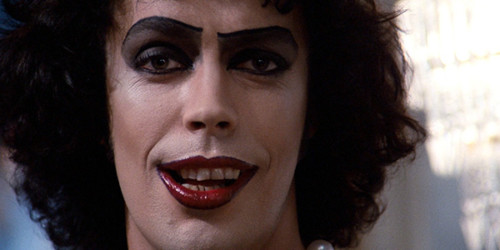 It’s just a step to the left…

Thematically, most Halloween films that aren’t scary are very, very camp, and Tim Curry’s turn as the sweet transvestite from Transylvania is no different. The film features a married couple who become stranded in Curry’s character’s mansion, an unfortunate circumstance that results in a lot of dream-like escapades that don’t make a whole lot of sense. In today’s times, the film seems fairly commonplace, but considering the climate of the 1970s, the film was fairly forward-thinking in terms of Dr Frank N Furter (Curry) and remains a classic all these years later. If nothing else, “The Time Warp” will definitely prime you for the inevitable repeated performances by anyone you witness on a night out around Halloween.