Universal Pictures have snagged Robert Downey, Jr. as the lead actor for their forthcoming movie ‘The Voyage of Doctor Dolittle’. 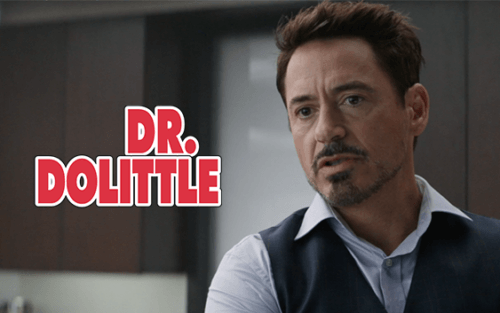 Downey, Jr. will be directed by Stephen Gaghan who recently directed ‘Gold’ starring Matthew McConaughey, with Susan Downey acting as a producer alongside Joe Roth and Jeff Kirschenbaum of Roth/Kirschenbaum Films.

Tom Shepherd wrote the initial draft for the film, but it is director Stephen Gaghan’s version of the script that will be put to screen once filming commences. Gaghan is an Academy Award winning screenwriter for his work on ‘Traffic’ (2000).

The character, famously portrayed by Rex Harrison (1967) and Eddie Murphy (1998 & 2001), has the ability to talk to animals, and was originally a character that appeared in a series of children’s novels from British novelist Hugh Lofting in the 1920s.