Just as you would expect from Liam Neeson, whose characters always seem to be locked in an inner battle of right and wrong, or in this case flesh and blood. His character Jimmy Conlon has one night to decide whether to save the life of his estranged son, who is being targeted by life long best friend and mob boss, Shawn Maguire in a revenge mission. 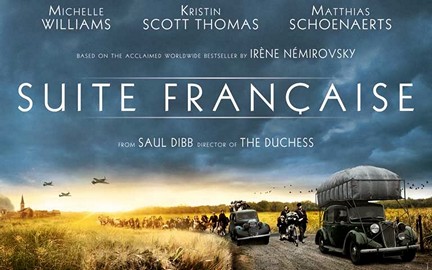 This book adoption is set during the Nazi occupation of France, where Lucille Angellier anxiously awaits the return of her husband from the front line. Whilst the Nazi invasion is a whirlwind, so is her romantic interest of a German commander. What we witness is the internal struggle she deals with for loving the person she is meant to hate. This has been well received in several countries, and with a star studded cast, a must watch for this year!

Based on the BBC documentary Beautiful Young Minds, this follows the story of an autistic teenager and maths prodigy named Nathan. The story soon finds him in unknown territory, and he is selected to represent Great Britain at the International Mathematical Olympiad. This is where we watch his character develop and learn about the world, particular friendship and love.