Adewale Akinnuoye-Agbaje, the actor who played Algrim and Kurse in Marvel’s Thor: The Dark World (2013), has been signed by Warner Bros to appear in 2016’s Suicide Squad movie as popular Batman villain Killer Croc (according to The Wrap). 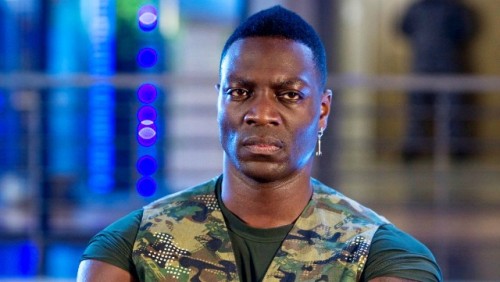 The actor who first rose to prominence in the “Lost” television series, is the 9th name to become attached to the project following the initial announcement that Jared Leto, Will Smith, Margot Robbie and Cara Delevingne would play The Joker, Deadshot, Harley Quinn and Enchantness respectively. Though Tom Hardy was originally scheduled to play Rick Flagg, the actor has since pulled out of the project and been replaced by Robocop’s Joel Kinnaman. Other names confirmed for the film are Jai Courtney as Captain Boomerang, Viola Davis as Amanda Waller and Jay Hernandez as El Diablo, while Scott Eastwood has also been signed for a yet to be announced character.