The Hollywood Reporter today broke the news that Disney are set to give the live-action treatment to another of their beloved classics, The Sword in the Stone (1963). 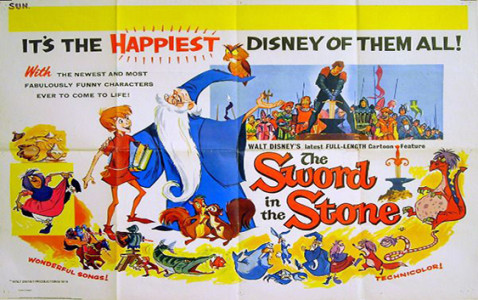 Brigham Taylor, producer of The Sorcerer’s Apprentice, Tomorrowland, and the upcoming Jon Favreau directed Jungle Book movie will produce the project with Game of Thrones writer-producer Brian Cogman set to write the feature.