Captain America: The First Avenger and ‘Agent Carter’ actress Hayley Atwell has signed on to star in Disney’s upcoming re-imagining of the Winnie the Pooh franchise Christopher Robin. 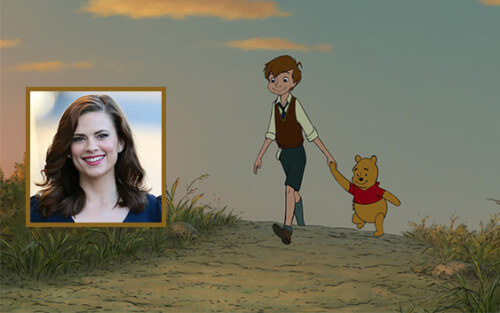 The British actress, whose career has involved a number of Disney related projects over the years including Cinderella, will play Christopher Robin’s wife in the new film.

Ewan McGregor was announced as the grown up Christopher Robin back in April with the film’s initial announcement coming two years earlier. The film will be directed by Quantum of Solace and World War Z director Marc Forster and will work from a story by Alex Ross Perry (Queen of Earth), whose screenplay has been expanded upon by Tom McCarthy (Spotlight) and finally worked on by Allison Schroeder (Hidden Figures). The film will tell the tale of a professional and very adult Christopher Robin reminiscing on his childhood fantasies of Winnie the Pooh and company.

There has yet to be a release date announced for this film.