‘Rocky’ and ‘Creed’ producer Irwin Winkler revealed in an interview with The Hollywood Reporter at LMU Filmschool that a sequel to the latest Rocky Balboa related movie, Creed, is in the works. The producer, who worked with Warner Bros on the project, declared:

“We think that there’s a real story to examine the life of Adonis Creed, and we’re going ahead with it […] next couple of weeks we’ll start.”

Winkler did not reveal whether director Ryan Coogler and star Michael B. Jordan were contractually obligated to return.

Some articles you may want to consider: 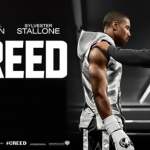