Martin Scorsese, Steven Spielberg, Ridley Scott, even Quentin Tarantino and Danny Boyle; a lot of our favourite film directors are getting on a bit. But, if you’re worried about the new crop of film directors, wondering who will break through as the “next big thing” and become part of the next generation of influential filmmakers, don’t be, as the British Film Institute has got it covered as this week sees the BFI host its ninth Future Film Festival at BFI Southbank in London. 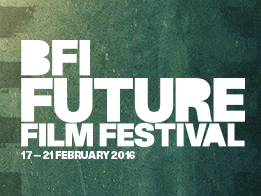 Following the overwhelming success of last year’s festival, this year’s event has been extended from three days to five, with the first day being free of charge (although you still need to book a place). Open to everyone aged 16-25, the BFI Future Film Festival is packed full of over 50 talks, workshops, screenings and networking events. As with previous years, this year’s festival is centered on three different ‘strands’ or themes within the film industry. This year’s strands are: Storytelling, Production and Craft Skills, and, The Business of Film.

Each day is split into three session times: 11am, 1.30pm, and 3.30pm; with each session offering festival goers a choice of three or more different workshops, screenings, and talks. Days 2 – 5 kick off at 10.30am with a keynote speech from various directors, producers and other industry professionals. Day 1 doesn’t have a keynote speech but does include workshops with the likes of Sarah Gavron, director of last year’s BFI London Film Festival opener Suffragette. Like last year, days 3 – 5 all end with networking events, giving young filmmakers the change to mingle with industry professionals and enjoy a drink or two.

Euroscript will be back again with their daily script surgeries, so if you want some feedback or help with your script, or just want to ask questions about where to start, drop in and see them from 12.30-1.30pm each day.

Whether you’re just starting out and trying to find your way in the film industry, or if you’ve got a fair bit of experience and just need some advice on what to do next, or even if you’re just curious and want to learn something new, the BFI Future Film Festival has something for everyone. Topics range from directing and producing, to festivals and freelancing, and everything in between and beyond, and with tickets starting at just £10, there really is no excuse not to get yourself down to Southbank this week and take that next step in building your own filmmaking career.