Ben Affleck’s period gangster movie, Live by Night (2016/17), has ended its run at the Box Office with only $16.5million taken worldwide. 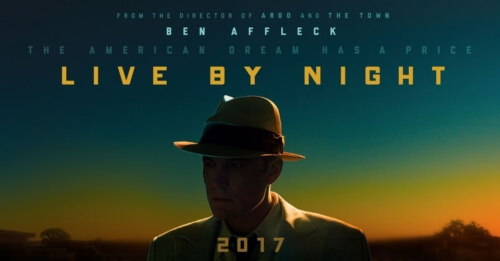 The picture, according to Variety’s industry insiders, cost just over $65million to make and looks set to be accounted at a $75million loss once promotion is taken into account.

Warner Bros. and RatPac-Dune Entertainment were the companies that financed the project, and they’ll each be looking to recoup some of their financial losses through home entertainment, streaming and television licensing deals.

Live by Night is an adaptation of Dennis Lehane’s novel of the same name, and was adapted for the screen by screenwriter-producer-director Ben Affleck who considered the film to be a passion project. Chris Cooper, Elle Fanning, Sienna Miller and Zoe Saldana supported Affleck who also starred in the picture.

There is currently no word as to whether this will effect Warner Bros’ plans for Affleck to write and direct his own Batman movie.