Beetlejuice 2 has been given new life at Warner Bros. in the aftermath of the success of IT (2017), with Mike Vukadinovich getting on board to write a new script for the long-gestated project. 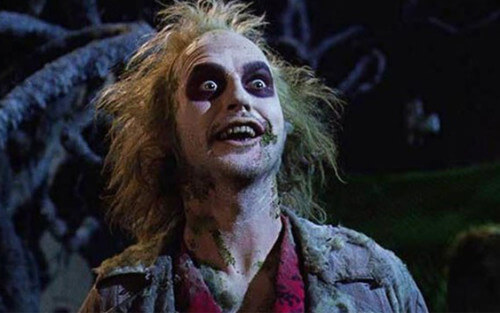 With rumours regarding the suspected sequel being common place over the past few years, it seems that Warner Bros. have been unable to get beyond the stage of initial talks with creative minds in the past and have certainly never landed deals with Beetlejuice director Tim Burton or star Michael Keaton, but the appointment of Vukadinovich could at last see the project push forward.

Vukadinovich wrote the screenplay for sci-fi film Rememory and recently provided the script for a new Disney movie titled Mr. Toad’s Wild Ride. It is believed that his involvement has come as the result of increased motivation to remake existing properties of the late-80s/early-90s era following the profound success of IT, which has made over $600million at the worldwide box office from a budget of just $35million.

Beetlejuice 2 is set to be produced by Seth Grahame-Smith and David Katzenberg of KatzSmith Productions, though the film is still in its earliest stages and has no other names attached at this time.