The summer event-movie season is rapidly coming to a close as August welcomes a time when big distributors try out their seemingly more risky releases in the hope of finding audiences that haven’t become too tired of the tried and tested formulas that have dominated their screens since late April. In this piece we’ll be following up on our 5 Films To See In July article with our top 5 picks for August. 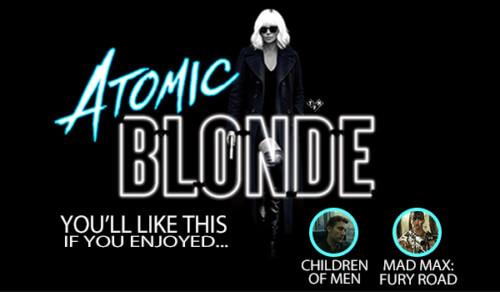 Charlize Theron is back to kicking ass in this new movie from David Leitch, the man at the helm of the upcoming sequel to Deadpool, and with a supporting cast as strong as this, there must be some substance to the abundance of style at play in this late-summer action film. The beautifully photographed Children of Men was cited by Leitch as being one of the visual inspirations for the movie’s aesthetic style, and with early reviews being generally very positive, Atomic Blonde may end up being not only a fun cold-war-based action film, but also one of the sleeper hits of the summer.

David Lowery has re-teamed with his Ain’t Them Bodies Saints leading stars Rooney Mara and Oscar-winning actor Casey Affleck for his latest film A Ghost Story, which is said to have some of the same poetic tendencies as Terrence Malick’s Palme d’Or winning movie The Tree of Life. Judging by the trailer and early responses, Lowery could be well on the way to establishing himself as a new force in American independent cinema, and with Affleck coming off the biggest performance of his career in Manchester By the Sea, there could be something very special afoot with this particular release.

An Inconvenient Sequel: Truth To Power

Kicking off with US President Donald Trump denouncing the validity of global warming, the trailer to An Inconvenient Sequel: Truth to Power makes the quick impression that this film isn’t going to pull any punches. As a sequel to the cultural phenomenon that was the Al Gore led documentary An Inconvenient Truth, this release is expected to push all the buttons that its predecessor did, with Al Gore again taking a prominent role. Sure, it’s almost guaranteed that this film won’t be the brain-exploding experience that the first must have been in 2006, but with some festival buzz surrounding it and a top political figure spearheading it, this is one documentary you could consider must-see.

Perhaps the most critically acclaimed mainstream female director of the century Kathryn Bigelow (The Hurt Locker – 2008; Zero Dark Thirty – 2012) is back with a drama based around the 1967 Detroit rebellion which saw Black Americans take to the streets in opposition of oppressive law enforcement. Starring John Boyega (who described the film as a larger break out role than his casting as Finn in Star Wars: The Force Awakens) and Will Poulter at the head of a revered cast, Detroit could join Dunkirk in being one of the early contenders for the 2018 Oscars.

Steven Soderbergh is looking to rewrite film distribution rules by refusing to pass over his latest film to the big budget promotional powerhouses in Hollywood and instead promote the film his own way via a new, more creator-friendly approach, that seems like a huge risk to the financial viability of Logan Lucky. That aside, the trailer for this film is exceptional and excitement is rising for what could be one of the more fun movies of this year. Coming from the mind behind the most recent iterations of Ocean’s 11 & 12, Logan Lucky has assembled an equally as impressive cast featuring Daniel Craig, Adam Driver and Channing Tatum in central roles, and looks to be presenting a similarly heist-focused light-hearted film for audiences to enjoy. In typical Soderbergh fashion, the film has flagged some controversy regarding pseudonyms as it was revealed recently that this film’s screenwriter Rebecca Blunt does not exist, with rumours suggesting the actual writer of the picture is Soderbergh’s wife, Jules Asner (a former E! News host and active author). With originality seeming to ooze from its every frame in its trailer, early signs suggest Logan Lucky could be all that and a bag of chips.

Notable absentees from this list include the critical bomb that is The Dark Tower, a Stephen King adaptation starring Matthew McConaughey and Idris Elba, England Is Mine (a Morrissey origins story), The Hitman’s Bodyguard with Samuel L. Jackson and Ryan Reynolds, the latest Tom Cruise movie American Made, and female led comedy Rough Night (starring Scarlett Johansson and Kate McKinnon).

Let us know what you think of this list in the comments, and make sure to have a great month of film this August!