The results of the 87th Academy Awards are in and Birdman is the big winner, picking up three of the top awards and accumulating four overall, a number only matched by The Grand Budapest Hotel. Whiplash was the surprise of the night, coming in third with three awards. American Sniper, Boyhood and Selma all walked away with one. Here’s a list of the full results:

Best Picture: Birdman Or (The Unexpected Virtue Of Ignorance)

Direction: Alejandro González Iñárritu for Birdman Or (The Unexpected Virtue Of Ignorance)

Actress In A Leading Role: Julianne Moore as Alice Howland in Still Alice

Actor In A Leading Role: Eddie Redmayne as Stephen Hawking in The Theory Of Everything 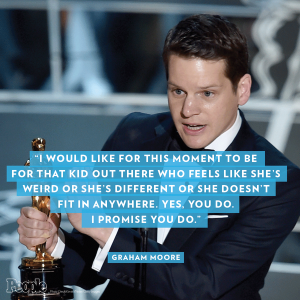 Cinematography: Emmanuel Lubezki for Birdman Or (The Unexpected Virtue Of Ignorance

Makeup and Hairstyling: Frances Hannon and Mark Coulier for The Grand Budapest Hotel